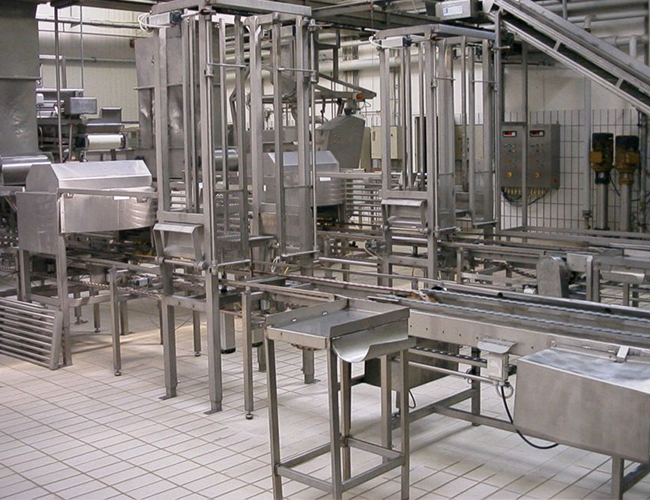 “After we changed to SolidWorks, we have been able to keep all design jobs in-house.”

Established in 1984, AP Maskinteknik A/S now has 12 employees that design and manufacture special machines for the food, plastic, and wood industries. Previously they used AutoCAD LT as their design tool, but their customers wanted them to change to 3D to achieve better visualization of design ideas.

One of the customer´s was already using SolidWorks and the son of AP Maskinteknik’s owner was studying to become an engineer at the Engineering College of Århus, where SolidWorks is tought, so the choice of SolidWorks was an easy one. The visualizations SolidWorks provided and it´s user- friendly interface were the key benefits. The interference tests between moving parts at an early stage also provided designs that are correct from the beginning. Maskinteknik also liked the integrated analysis capabilities that tell “in blue and red” if the design will hold or not. All these benefits from SolidWorks meant Maskinteknik could keep all design jobs in-house while at the same time making the company more profitable. The company was able to start accepting much more complex jobs since they had right tools to design faster and with greater accuracy.

“Having all the information about a product together in one place in a 3D model is a big benefit with SolidWorks that increases security and product quality.”...

END_OF_DOCUMENT_TOKEN_TO_BE_REPLACED

“It was obvious to use SolidWorks and PhotoView 360 for the reconstruction of Regan WEST, as the combination of technical 3D information and graphics is easy to combine in SolidWorks.”...