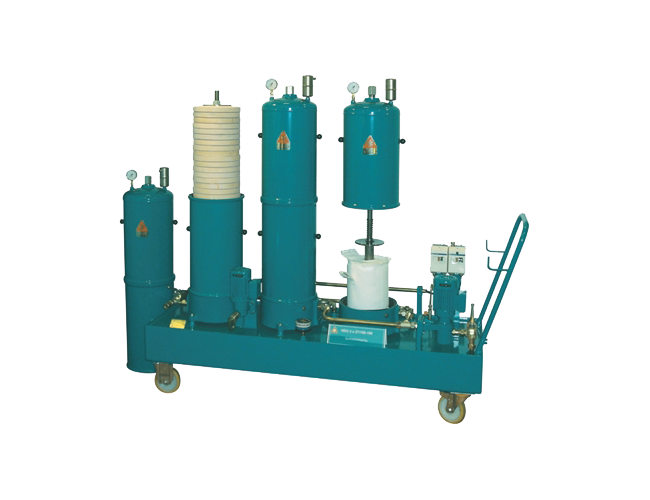 “We save up to 40-50 percent of the cost to manufacture our so-called replacement guides by preparing the illustrations in-house with SolidWorks Composer instead of using an external subcontractor. It’s much faster and also much cheaper this way.”

The Danish company C.C. Jensen headquartered in the Danish city of Svendborg develops and produces oil filter systems used in a wide variety of contexts such as ships, mines, industry, offshore as well as in power plants and wind turbines. Users of the oil filter systems receive small maintenance manuals along with their systems, so they can replace the filter cartridges in their filter systems. The challenge was to develop new maintenance manuals in a more flexible manner and shorten production time for manuals, also there was a need to make changes to the manuals faster and more efficiently.

“We save 40-50 percent of the cost to create our so called replacement guides by preparing the illustrations in-house with SolidWorks Composer instead of using an external subcontractor. It’s much faster and also much cheaper this way,” says marine engineer Camilla Kolmos-Meyer, C.C. Jensen A/S.

“We save a lot of time and money as well as avoid to spending time on communication back and forth with an external provider when developing the layout of the manuals. Previously it took three or four days to get a layout made externally. Now we do it in only one day,” she adds.

C.C. Jensen uses 3D models and 2D drawings from SolidWorks directly as a basis for the preparation of illustrations in the manuals: “Another advantage of using SolidWorks Composer is that it is very fast to make changes. Previously, it was extremely time consuming to make even small changes in the illustrations. Now it is done very, very fast,” explains Camilla Kolmos-Meyer. Another benefit from using SolidWorks Composer is that C.C. Jensen’s PDM system, SolidWorks Enterprise PDM, ensures that current CAD drawings and models are always used.

Earlier C.C. Jensen been using SolidWorks Composer to develop video based work instructions for production workers. They are now using small video sequences to show exactly what to do when they are assembling the filter systems. The idea behind the videos is that a new employee is able to walk from the street directly into production and use the assembly instructions in the video sequence to assemble the filter systems correctly.

The videos are also created from 3D models downloaded directly from SolidWorks. With the short video sequences, employees on the assembly line can flip and rotate 3D images of filter systems on a computer screen so that they can quickly get a completely accurate picture of how the work should proceed. This way the video helps to ensure that the assembly takes place both quickly and correctly. Previously, the instructions were made manually on paper and typically consisted of photos equipped with lots of texts and arrows showing how the assembly should be done.

“We spent a lot of time and unnecessary resources to develop assembly instructions and compared with what we’ve got now, they were not very helpful. Both the quality and usability of the videos from SolidWorks Composer is so much better that it is almost not possible to compare,” says quality engineer Svend G. Johannesen, C.C. Jensen who has produced video sequences with input from employees on the assembly line. He adds: “The greatest advantage for us is that the assembly workers can see an accurate 3D model of the assembly, almost as if they were holding a physical filter system in their hands. They can twist and turn it like a physical system.”

Camilla Kolmos-Meyer says that C. C. Jensen also uses SolidWorks Composer for smaller jobs in the marketing department, but has several plans to exploit the system further:
“We have started a project to update our manuals. One of the ideas we are working with in this project is to use SolidWorks Composer to create online manuals,” she says.

END_OF_DOCUMENT_TOKEN_TO_BE_REPLACED

”We have just implemented the system, and we use only a small corner of it, so we do not know yet where the road will take us. The system has countless opportunities and we can obviously expand our us...