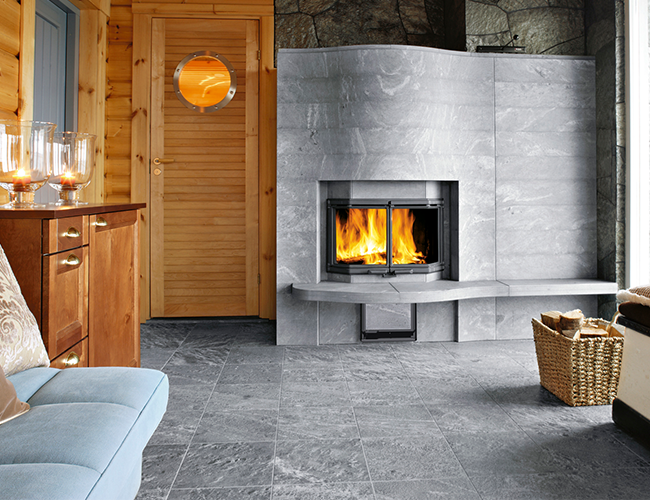 “We often take advantage of existing standard parts and components when we develop new products. Changes in the assembly have an immediate impact on the entire 3D model.“

Tulikivi is the world’s largest manufacturer of soapstone, heat-accumulating fireplaces, and their products are found in 200,000 homes worldwide. The fireplaces utilize the heat energy that is found in the hot fumes. Before the stoves were designed with AutoCAD, but the company wanted to have 3D support to develop their products. This was partly to shorten the development times and increase accuracy, but also to have better visualization options.

The company evaluated Autodesk Inventor, but chose SolidWorks CAD software for its ease of use and integrated PDM system. SolidWorks also meets all of the company’s other needs for 3D CAD. Product development of a new fireplace is now three months shorter, thanks to taking advantage of existing design components, and creating variation designs based on them. Component dimensions can be easily changed and have an immediate impact on the entire design. This was in principle impossible in 2D. Accuracy is also greatly improved with 3D. A fireplace that is assembled at a customer site using parts that came directly from different subcontractors must match exactly. Another advantage is that it is much easier to describe a design as a 3D model. In the long run, the company plans to display 3D models of their fireplaces on the company’s Internet website.

“The parts work better in production and the metal components fit better during welding, for example. SolidWorks is also both fast and easy to use.”...

END_OF_DOCUMENT_TOKEN_TO_BE_REPLACED

“The total development process from design to ready product is much faster now thanks to SolidWorks® CAD software.”...

END_OF_DOCUMENT_TOKEN_TO_BE_REPLACED

“Initially, designing in 3D required more work, but thanks to the simplicity of SolidWorks the way to finding the ‘right’ design is shorter.”...